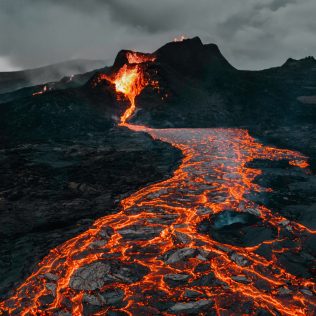 Everything you need to know about Iceland’s volcanic eruption

Witnessing a volcanic eruption is one of the most incredible experiences any traveller can have. These rare and dramatic events remind us that we live on a planet that is still in the process of being created and sculpted. Iceland’s raw and rugged landscapes already have an exceptional beauty. But add in fountains of orange lava shooting high into the night sky and snaking red rivers that forge meandering paths across isolated valleys, it’s nothing short of extraordinary.

No surprise, then, that when news broke that the volcano on the Reykjanes peninsula had awakened once more, excited tourists in their droves booked their flights and packed their bags. If you’re keen to do the same, here’s what you need to know.

Is this the same volcano that erupted in 2021?

If you were following the eruption in 2021, you’ll be familiar with a volcano named Fagradalsfjall. In English, this means “beautiful valley mountain”. The lava fields that surround it are called Fagradalshraun, which translates as “beautiful valley lava”. Before everything kicked off, this area, known as the Krýsuvík–Trölladyngja volcanic system, had been dormant for around 870 years.

In 2021, the lava initially breached the surface and flowed out along Geldingadalir, south west of the crater. As the eruption continued, the lava flow snaked downhill, making its way further towards the south west. In doing so, it entered another valley, this one called Nátthagi, so you may have seen this name cropping up too.

The 2022 eruption has taken a different path. This time, the lava has flowed north east into Meradalir. (As in 2021, there’s little threat to built up areas or infrastructure.) The name Fagradalsfjall is still being used – it refers to the entire eruption site – so, yes, you can say that this is the same volcano that erupted in 2021.

What’s there to see?

Excitement started to build in early summer as geologists and seismologists noted increasingly frequent tremors in the area. These earthquake swarms are sometimes a precursor to volcanic activity. Before this eruption started, a whopping 2700 earthquakes were recorded in a single day. The eagerly anticipated eruption eventually began on 3rd August, when slow-moving basaltic magma started to force its way out of the ground.

But so what if the volcano’s on pause? Honestly, it’s still an incredible experience. What you are guaranteed to see is the aftermath of lava flows and the impact they’ve had on the valleys through which they flowed. During an eruption the landscape changes constantly – newly formed spatter cones litter the valley and craters cave in. As the lava solidifies, yellow stains of sulphur and other minerals colour the newly formed rock, giving it a remarkable beauty.

How long will the eruption last?

There are no guarantees with any volcanic eruption. You really do need to expect the unexpected. In 2021, the Fagradalsfjall eruption began in March and continued until September. Throughout that six month period, some days and nights were more impressive than others; eventually the volcano fell asleep.

Volcanic eruptions such as this happen because the magma chamber underground fills and pressure builds up. When the lava is ejected from the magma chamber, some of that pressure is relieved. As a consequence, the rivers of lava tend to ebb and flow. Also, as cracks appear in the rock or solidified lava, new vents can open up and lava fountains can occur where you’re not expecting them.

The 2022 eruption is no different, with lava finding new paths over the valley. Though the activity has subsided, from time to time you can still see plumes of smoke and flashes of orange as the blackened surface creaks and moves. An eruption isn’t over until the scientists say it is, and a seemingly inactive volcano can reawaken at any time.

Visiting a volcano is never truly safe. Jaw droppingly wonderful, yes, but part of the reason they enthral and captivate us is because of the element of danger. Nature is at its most powerful during an eruption, but also it is most unpredictable. That said, certain types of eruption are thought to be less risky than others. The most hazardous volcanoes are the explosive ones – think Vesuvius, Krakatau or Mount St Helens, for example. The Fagradalsfjall volcano is a different type of volcano. Typically, lava eruptions tend to be a little more predictable, particularly where the magma is viscous and slow moving.

Nevertheless, it’s still imperative that you follow the advice of the authorities, who will be scientifically monitoring the rate of flow and judging whether it’s safe to be up there. One hazard you might not fully appreciate is that stepping on earlier lava flows isn’t safe. Though the blackened crust appears hard and solid, it’s actually the complete opposite. Underneath, hidden from sight, is molten lava. Its temperature can reach as much as 1,200°C. Fall through and the injuries you might sustain could be life-changing.

You must also heed their assessment of the levels of gas being emitted from the volcanic vents. You may have read in the Icelandic news that children and pets were banned from the hike – as they are lower to the ground than an adult, they are far more vulnerable. If there’s no wind, this can be the most dangerous element of the eruption to take into consideration.

What do you need to bring with you?

There are two key things to prepare for if you’re planning to walk to the eruption site: the volcano and the weather. As with any long distance hike in Iceland, it’s essential to plan for inclement weather and rapidly changing conditions. Sturdy hiking boots with ankle support are a must. You’ll also need to dress for rain and wind – layers are best. Make sure you’ll be warm enough; hypothermia is a very real danger up there. You can check the forecast on the the Meteorological Office of Iceland’s website. Never set out without plenty of food and water. It’s also wise to pack a head torch or flashlight in your day pack, even if it’s still early in the day. You don’t want to be hiking across such challenging terrain in the dark.

Should you hire a guide? You don’t have to; independent hiking is permitted. However, a guide who knows the area can provide information and give you the confidence to tackle the long hike. Several agencies offer tours which can be booked online. Changes to access are publicised by the Department of Civil Protection and Emergency Management. What that means in practice for your eruption hike is that you’ll know if one of the trails is likely to be shut for maintenance, or if there are any updates on safety advice. Check out the current posts on their Facebook page or website.

One of the most important things to take with you is a decent camera. Many of the most impressive images that you’ll see on the internet have been captured by drones. For stills, shots taken with a telephoto lens will have the most impact. Wider angle compositions will convey the scale of the site. Even with a smartphone, you can achieve a decent end result. One trick is to try to incorporate something that has a known size, like a helicopter or a person. This will help you demonstrate how they are dwarfed by the scale of the volcanic activity. You’ll need a suitable camera bag to transport your gear safely up and back.

How do you get there?

This volcano couldn’t be more convenient for international visitors. It’s located close to the village of Grindavik on the Reykjanes peninsula. The drive from Reykjavik takes around 45 minutes; from Keflavik Airport it’s even quicker. About ten minutes east of Grindavik along route 427 you’ll see several marked car parks that were put in place for visitors to the 2021 eruption sites. Road side parking isn’t allowed.

You’ll need to pay a small charge, a reasonable 1000 ISK for up to 24 hours, for the privilege of leaving your car. The easiest way to pay is online on the Parka website. There are two different car parks, so make sure you choose the right one before you buy your ticket:

Unfortunately, there’s no access from the north. This means if you wish to see the new eruption site, you have to hike the same way as you would have done in 2021 and then continue on. That means it’s a challenging hike, unsuitable for those that aren’t fit. Even though volunteers worked hard to create graded paths, it is rough going and uneven underfoot, with loose scree and steep sections to navigate.

Multiple routes lead to the eruption site. Route A measures more than 7km each way, so you’re looking at at least 4 or 5 hours on your feet on top of the time you spend watching the volcano. Route B is now largely unused as it’s a tough slog. Route C comprises two sections; both leading to viewpoints further from the volcano than Route A. The Langihryggur section is about 4km each way and the Nátthagi one is about half that. These are easier hikes but you’ll only get to see the edge of the lava field and not the crater.

If that seems too daunting, the good news is that, as with the 2021 eruption, there are sightseeing flights in small planes and helicopter rides that will take you over the site and give you a birds’ eye view. It’s sometimes possible to see a churning lava lake as you peer down into the crater from the air. Regardless, passengers get an incredible view of the entire area, which helps you make sense of the geography and understand the impressive scale of the eruption.

Before and after your visit, you can keep tabs on what’s happening by following the action on one of several webcams that are pointed at the volcano. Live streaming and also highlights can be viewed. Check out the RUV feed on YouTube, for instance, or Iceland Monitor’s camera. Such footage is also a good way of working out what the weather conditions are like before you set out on your hike.

As you can see, volcanoes are fickle. It’s impossible to say with any certainty that if you come to Iceland you’ll witness an eruption right before your eyes. If you do, however, you will remember the sight for the rest of your life. It will be the most wondrous and terrifying thing you’ll ever see. That, for many travellers, is a chance worth taking. 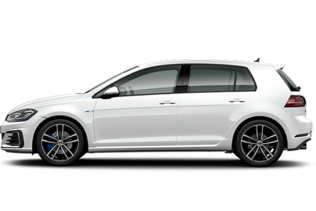 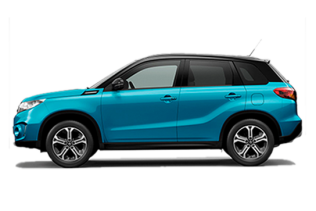 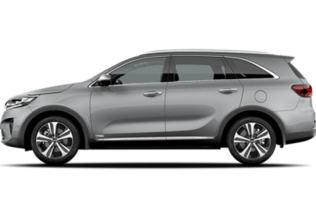 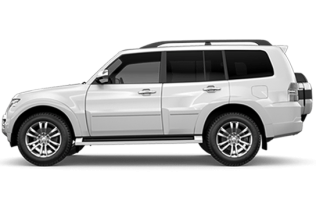